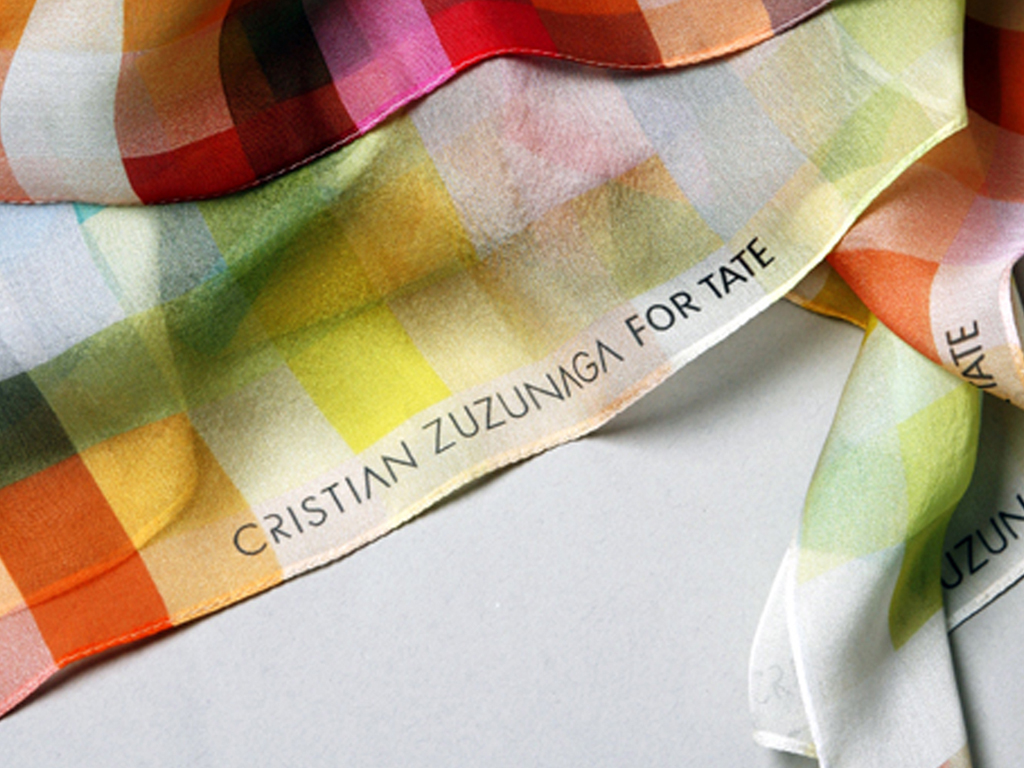 In 2009, Cristian Zuzunaga was commissioned by the Tate Gallery to design a scarf as part of the organisation’s Colour Chart Exhibition, held at Tate Liverpool from 29th May to 13th September.

The scarf participated in a large-scale exhibition created by the Museum of Modern Art in New York, launched at the Tate Liverpool as The Colour Chart: Reinventing Colour, 1950 to today, looking at design’s changing use of colour in an epoch of “unprecedented interest in the role of colour in graphic design, fashion and interior design”.

The exhibition investigated the moment in twentieth-century art when a group of artists began to perceive colour as ‘readymade’ rather than as scientific or expressive. It was the first major exhibition devoted to the significance of colour in contemporary art and displayed works by more than forty artists, including Gerhard Richter, Frank Stella, Yves Klein, Dan Flavin and Richard Serra.