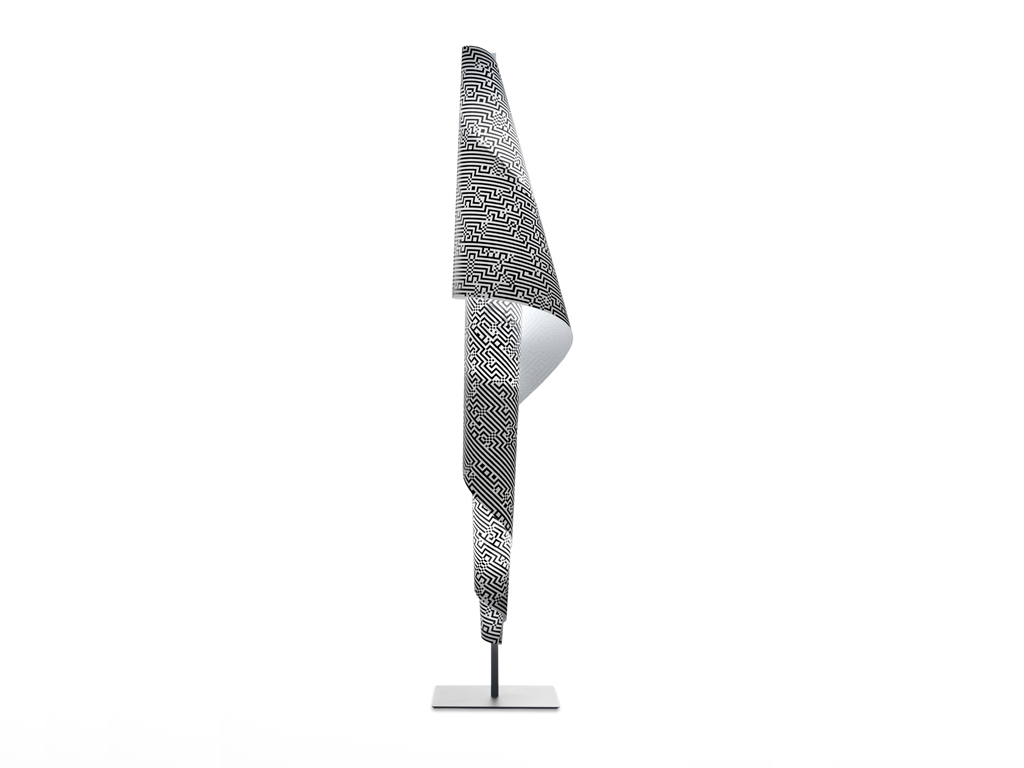 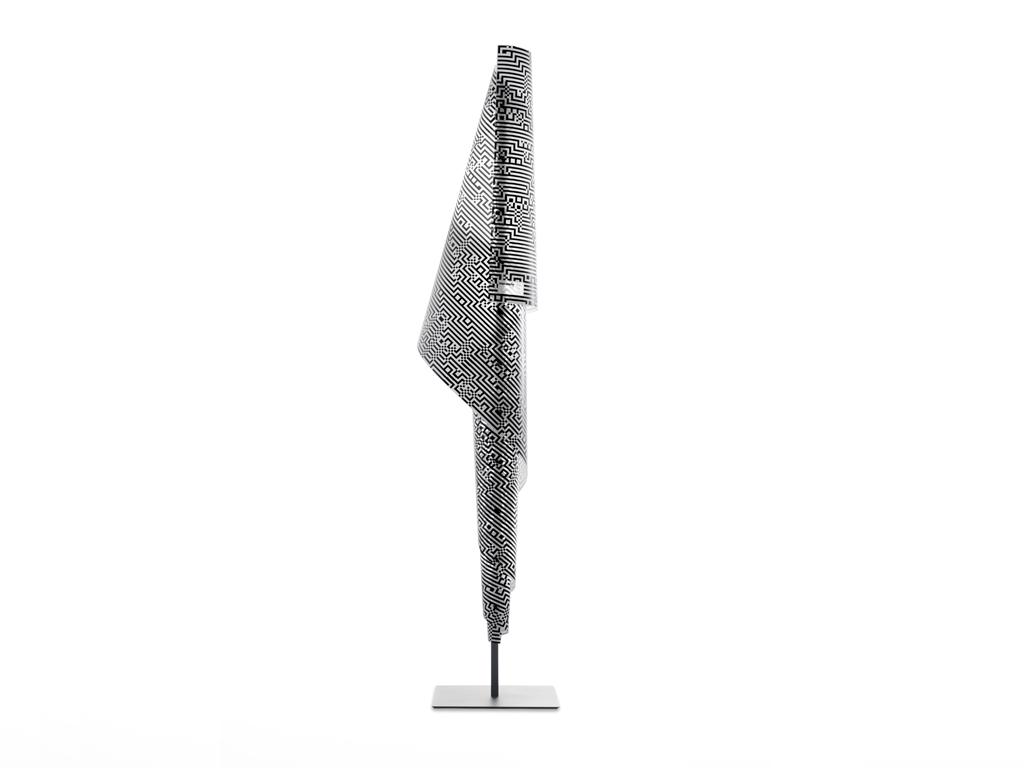 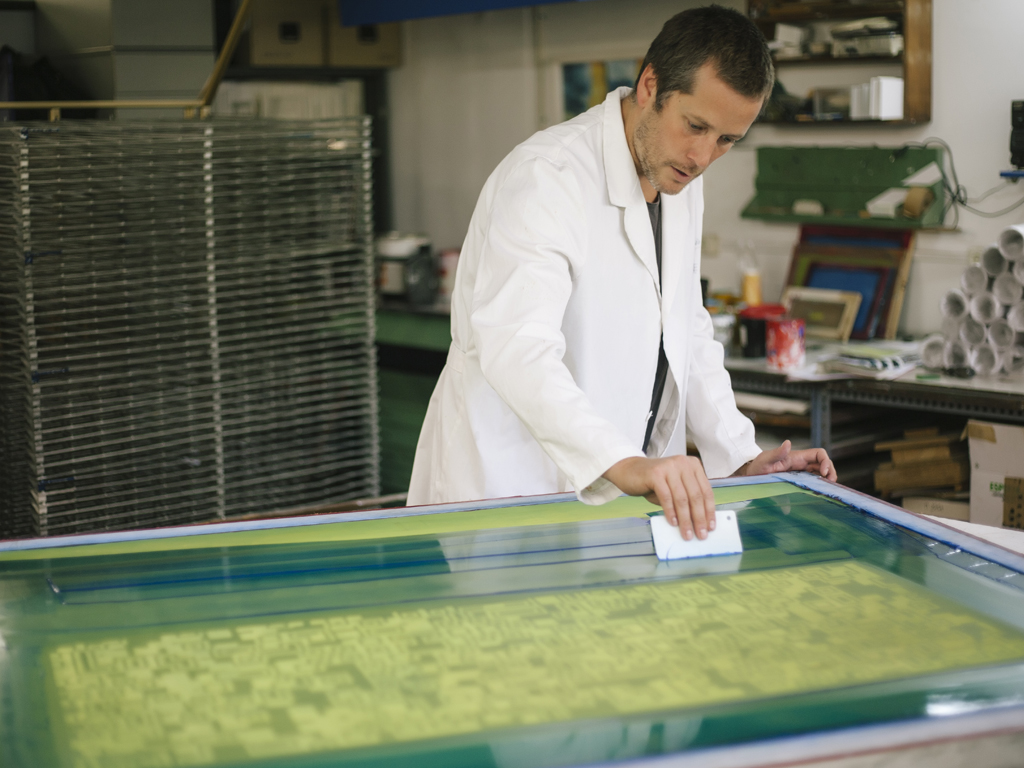 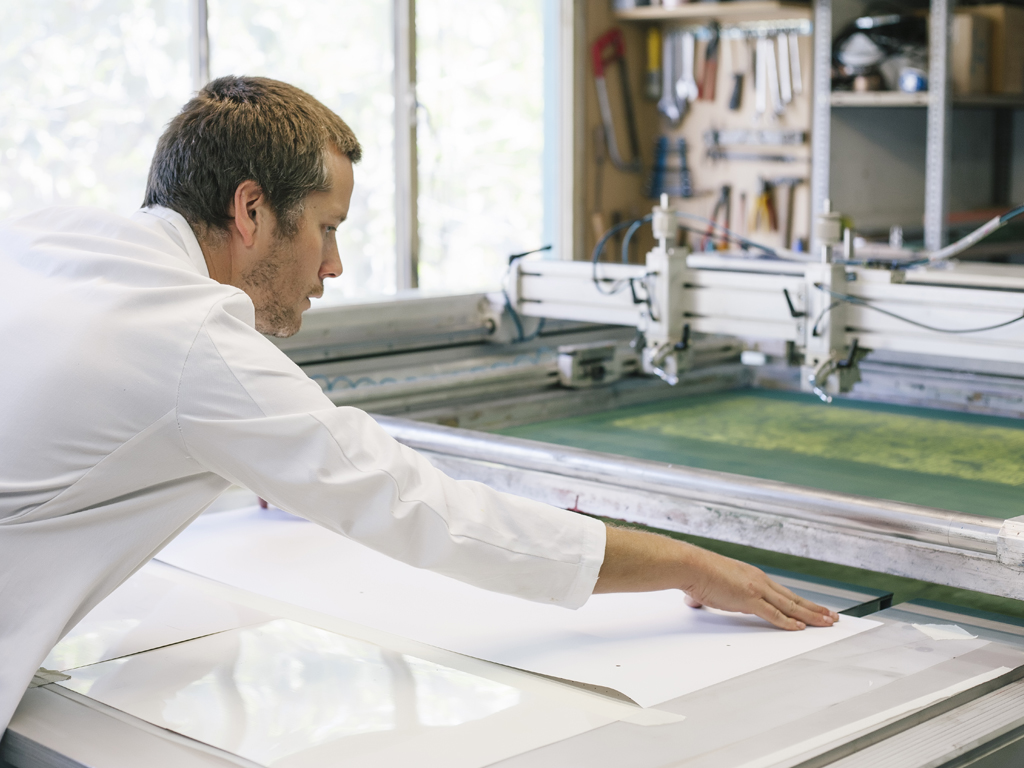 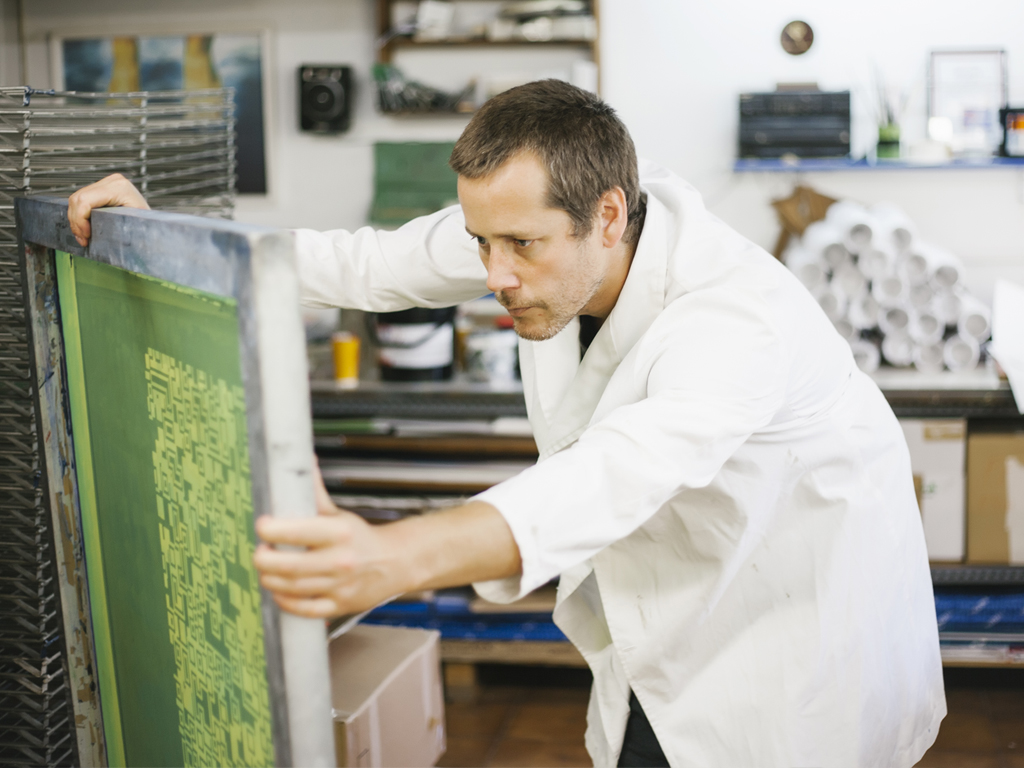 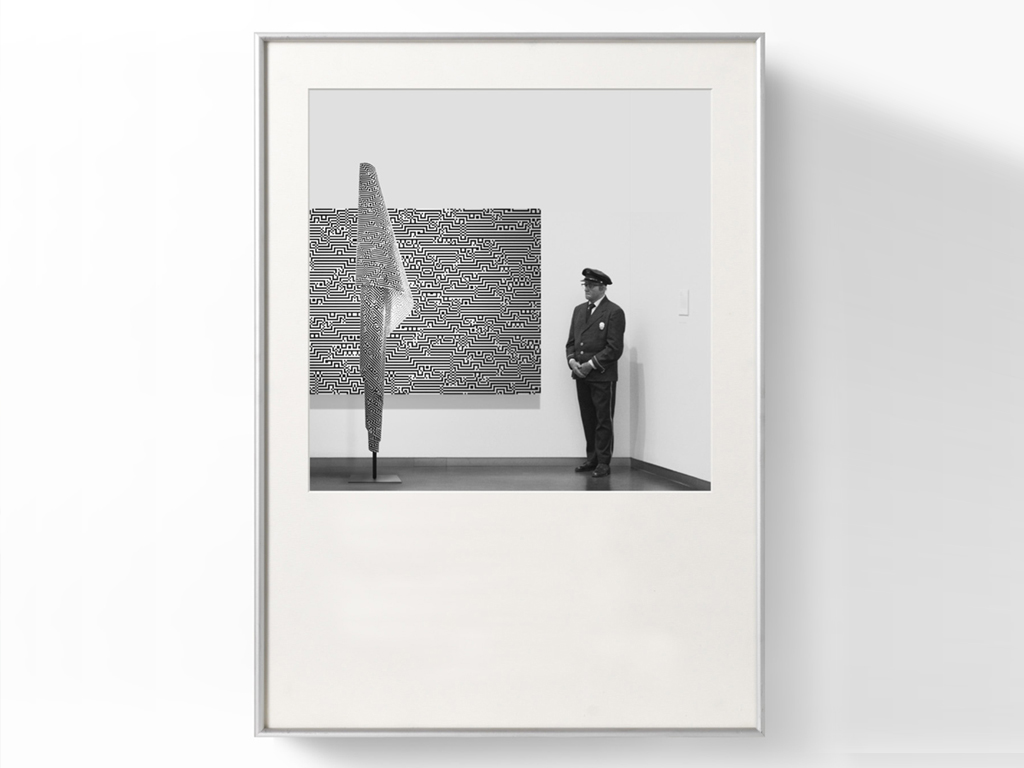 Metalarte launches a new category in its latest catalogue: Metalarte by. A series of collaborations with graphic artists incorporated into some of their most important products.

Metalarte by starts with the Alta Costura lamp and Cristian Zuzunaga, a limited edition of 25 numbered and signed pieces, hand printed by the artist in the silk screen printing workshop.

It is not the first time that a lampshade is used as canvas for an artist’s work. But it is the first time that the canvas, which will later become a lampshade, measures three metres long by one wide. This is an enormous temptation for any artist. Cristian Zuzunaga has worked on it with his personal style, for which he has obtained international acknowledgment and which for this occasion we have called: Pixel-Op-Art.
Although his strength is colour, for this commission Cristian was asked to use black and white. The result is a tribute to the hypnotic Optical Art and to a light fixture called Alta Costura (Haute Coture), originally designed by Josep Aregall, which is about to commemorate its quarter of a century of commercial life. A limited edition of just 25 lamps has been produced, hand printed by the author in the silkscreen workshop.